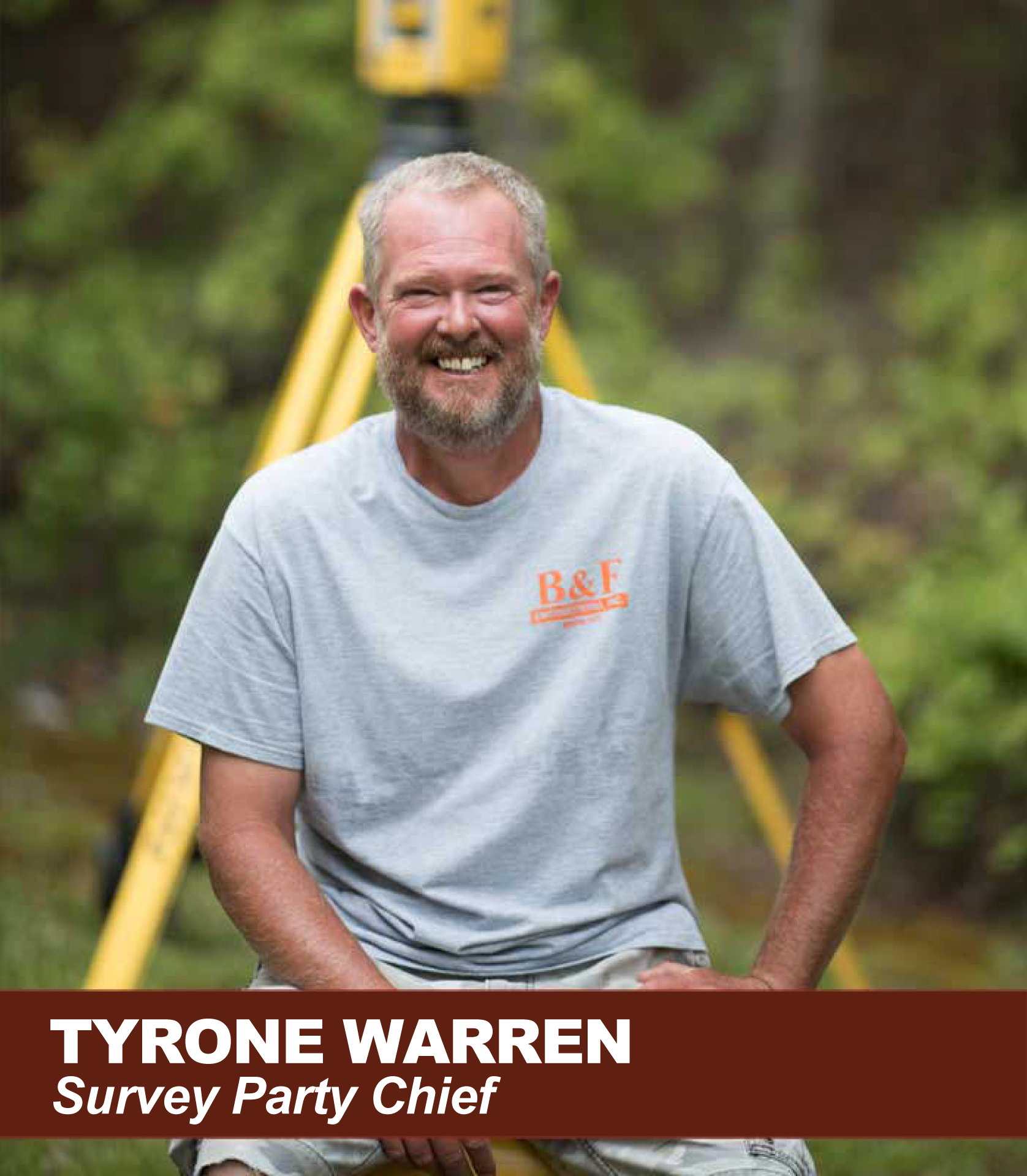 Tyrone Warren
Tyrone joined the B&F team in July, 1997. He has been with B&F as a Rod Man then Instrument Operator and now an experienced and one of our most trusted crew chiefs.

Tyrone is a Certified Survey Technician (CST) Level 3. Tyrone has become proficient in boundary and topographic surveys while working on large scale projects for: Corps of Engineers, Arkansas Highway Transportation Department, Michael Baker Jr. Inc., and Brown & Gay Engineers to name a few. In 2012, he successfully completed a course in Survey Data Collection at the University of Arkansas Community College Morrilton.

Tyrone enjoys spending time with his wife Rachael & three kids. He is a handyman of sorts and enjoys working in his yard and around the house. He is a gifted self-taught guitarist and loves to play for stress relief. Tyrone often works on the road and takes joy in being able to travel to other states, as well as seeing the far corners of our beautiful state.