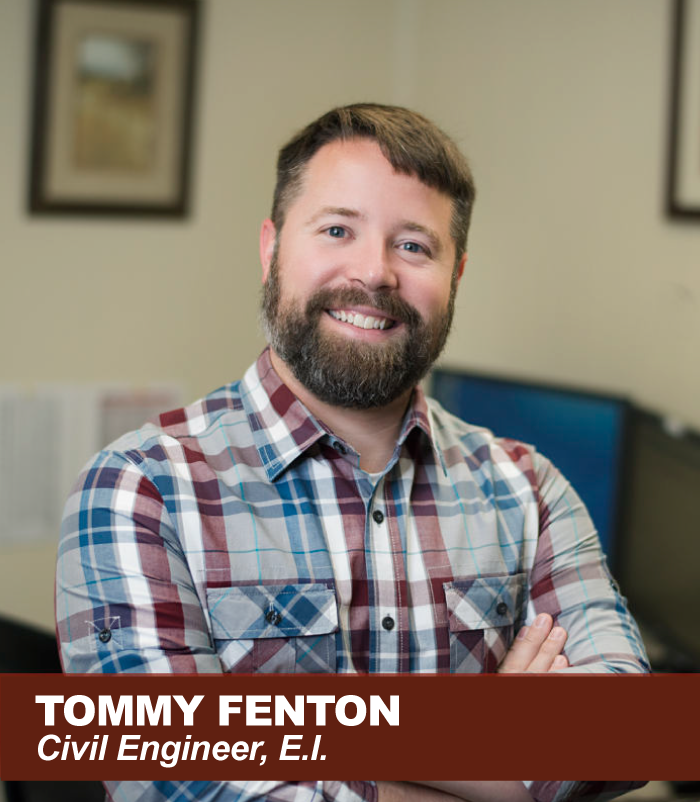 Tommy is originally from Sherwood, Arkansas. At 20 years old he joined the Army and was assigned to the 94th Combat Support Hospital out of Camp Robinson in North Little Rock, Arkansas. He served as a combat medic and an intensive care nurse for Operation Iraqi Freedom in 2008 and participated in the medical relief missions to Haiti during the 2010 earthquake disaster.

Following his enlistment in the military, Tommy decided to return to school to pursue a career in engineering. He graduated from the University of Arkansas at Little Rock with a Bachelor of Science in Civil & Construction Engineering in May 2019. He has completed an internship as a construction materials field engineering technician at Building & Earth in Conway, Arkansas in Summer 2017 and an internship as a project engineer with Austin Bridge & Road in Dallas, Texas in Summer 2018. He is now an Engineering Intern and works as a Staff Engineer with B&F.

Tommy enjoys outdoor sporting activities such as hunting, fishing and camping with his daughter, family and friends around the great state of Arkansas.