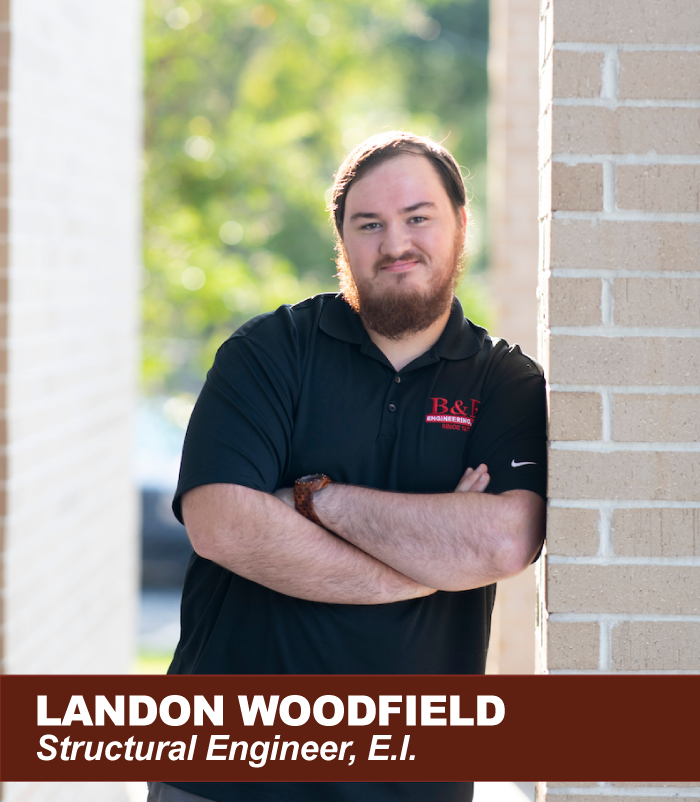 Landon Woodfield
Landon joined B&F in 2020 just after finishing his Civil Engineering Master’s degree at the University of Arkansas, Fayetteville, where he also completed his Bachelor’s degree in the same study in 2018. Landon is an Arkansas Licensed Engineering Intern (#9095). His affiliations include the American Society of Civil Engineers. He was on the University of Arkansas ASCE Steel Bridge team in 2016 and was captain of the team in 2017.

Landon is from Mount Ida, Arkansas, and his hobbies include playing drums, playing video games, fishing, and hunting. He is an avid football fan.